ALINA SOMOVA
Prima ballerina of the Mariinsky Theatre
Graduated from the Vaganova Academy of Russian Ballet in 2003. The same year was admit­ted to the Mariin­sky Ballet Com­pany and one year later was promo­ted to a soloist.

A well-known ballerina not only in Russia, but all over the world. Per­form lea­ding roles in nume­rous bal­lets and appear in all of the theatre’s tours, perfor­ming at the grea­test ballet theat­res in Great Britain, Western Europe, the USA, Canada, Japan, China, Korea.

Experience
At the present time I continue my career in the Mariin­sky Theatre, success­fully perfor­ming lea­ding roles of the most popular perfor­mances.

“The Sleeping beauty” performance in the frame of the international cultural project “Russian Seasons”. Tour of the Mariinsky Theatre which took place in the largest German opera and concert hall Festspielhaus (Baden-Baden)

— Foreign media named me "Hope of the Year". Such a high title was received for playing the role of Raymonda in Alexander Glazunov's ballet.

— The gala concert “The History of Russian Ballet” (London)

— In the ballet “Excelsior” (partnered by Roberto Bolle)

— A debut at the Teatro alla Scala in Milan as Odette-Odile in the ballet “Swan Lake” (Rudolf Nureyev’s version), in which returned 3 more times: in 2011 for a premiere of the ballet “Jewels” (Diamonds)

— Invited to dance at the Azerbaijan State Academic Opera and Ballet Theatre in “Swan Lake” (Odette Odile), a role was performed at the Paliashvili Theatre of Opera and Ballet in Georgia (2009)

— Took part in a concert dedicated to Maya Plisetskaya (Spain)

— A debut at the Wiener Staatsoper as Odette-Odile in “Swan Lake” (Rudolf Nureyev’s version).

— A year after admission to the Mariinsky Theatre Ballet Company, was sent to New National Theatre (Tokyo) to perform the part of Masha in The Nutcracker.

1996—2003 The Vaganova Academy of Russian Ballet. Graduated with the Honors Diploma.

Qualification: Ballet dancer specializing in Choreographic art
Awards
In 2020 — awarded the title of an Honored Artist of the Russian Federation

In 2002 — a prize-winner at the Vaganova-Prix International Competition
Repertoire
Repertoire at the Mariinsky Theatre includes:

3. “Le Corsaire” (Medora); production by Pyotr Gusev after the composition and choreography of Marius Petipa;

12. “The Fountain of Bakhchisarai” (Maria); choreography by Rostislav Zakharo;

18. “The Legend of Love” (Shyrin); choreography by Yuri Grigorovich;

20. “In the Night”; choreography by Jerome Robbins;

23. “Without”; choreography by Benjamin Millepied; 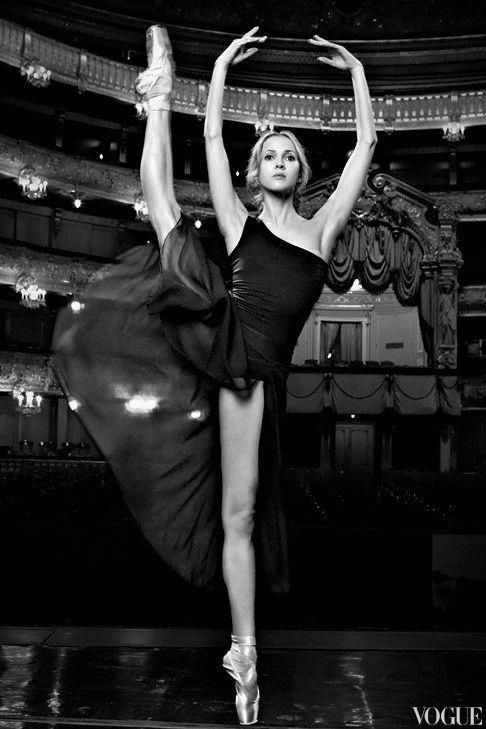 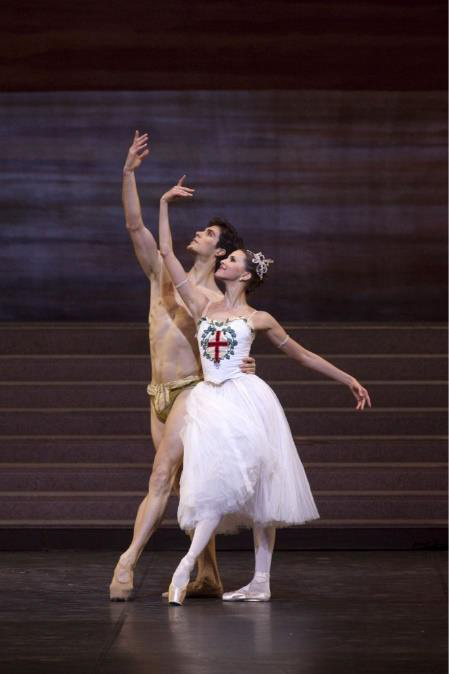 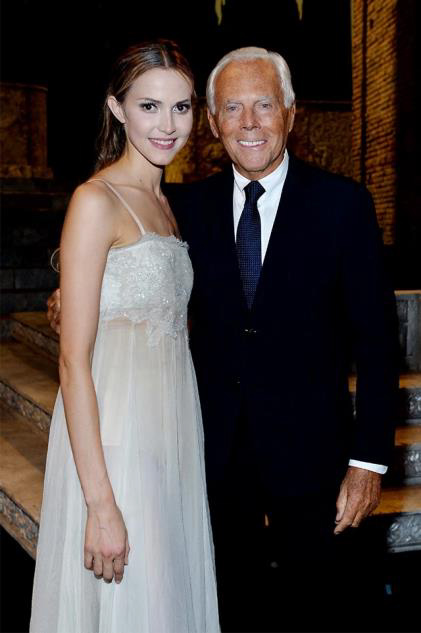 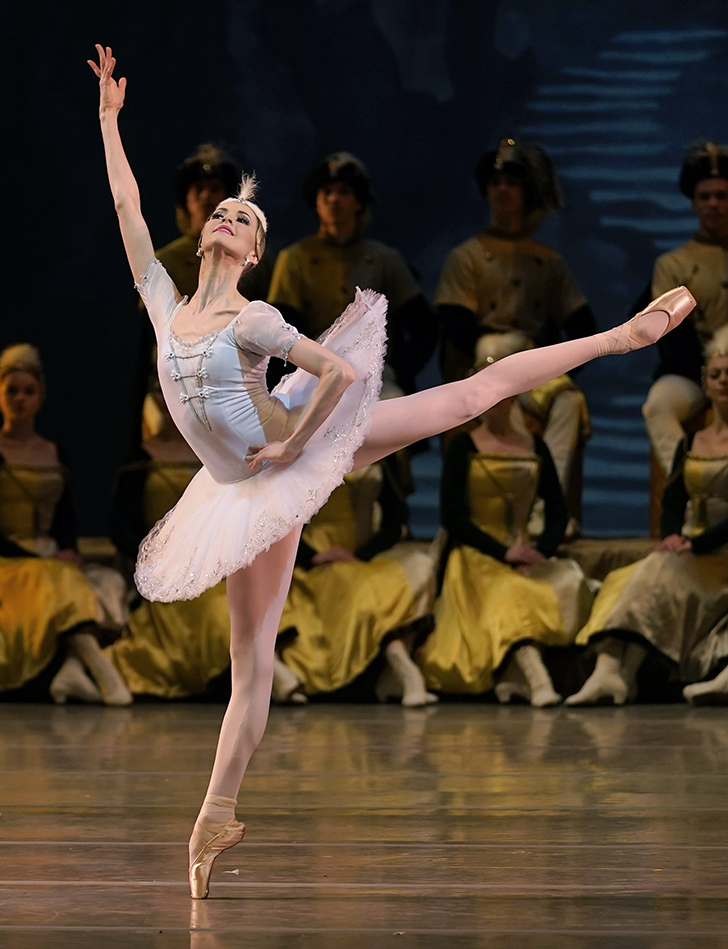 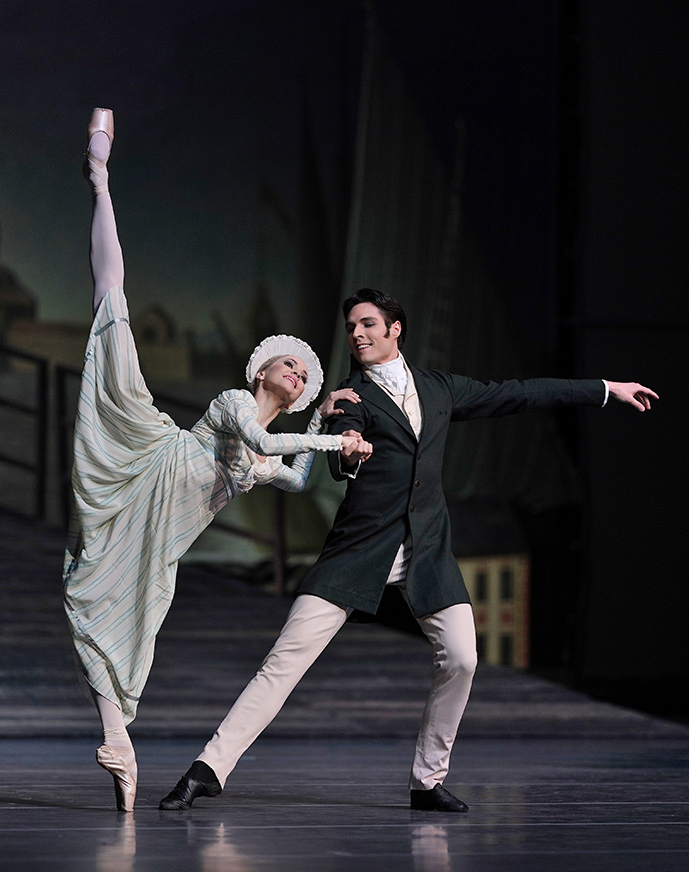 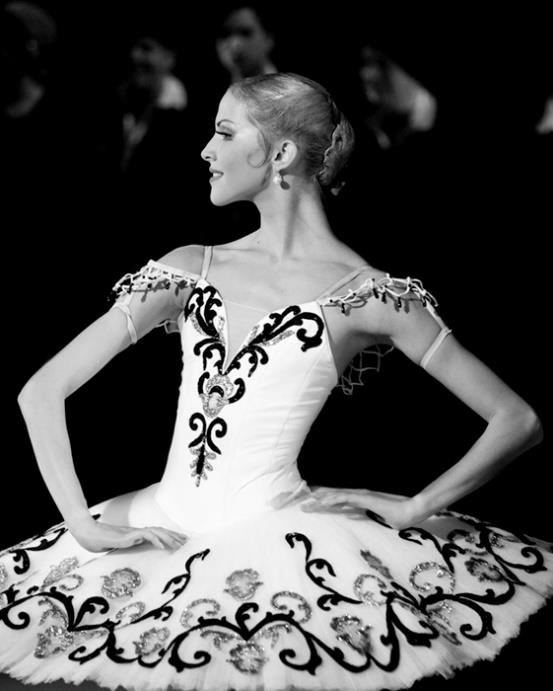